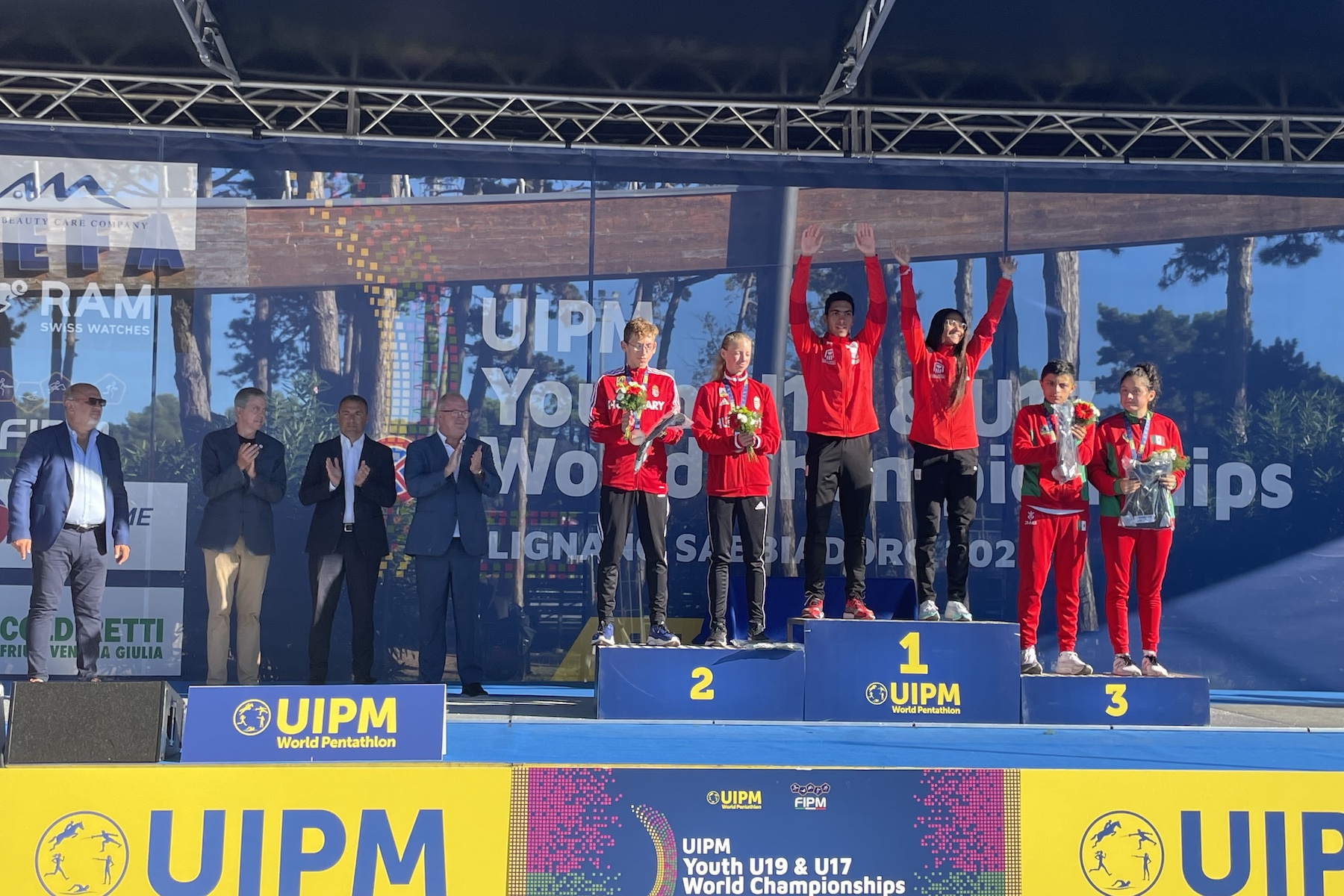 Egypt “catch-all” at the Uipm Youth U19 & U17 World Championships in modern pentathlon, which just ended in Lignano Sabbiadoro. On the last day of competition, the Egyptians were always on the podium, thus finishing top of the overall medal table of the competition with eight gold, three silver and two bronze medals, between U19 and U17. In the U19 women’s final, triumphant was the Korean athlete Sumin Shin in her third gold at this rainbow event, to which she added a bronze. Silver for Egyptian Malak Ismail who beat Hungarian Blanka Bauer in the final sprint. Excellent thirteenth place for Italian Elisa Sala (Avia Pervia). “I am very satisfied and happy. I have collected a lot of experience and I know that there is still a lot of work to do,” said Sala. “I would like to thank my family who always supports me, my club, my coaches and the Fipm”. The U19 women’s team competition was won by Korea, ahead of Egypt and Hungary.

In the U19 men’s final gold and bronze for Egypt’s Moutaz Mohamed and Mohamed Mohamed, silver for the Ukrainian athlete Roman Popov. Eleventh place for Matteo Bovenzi (Area 51), who also had a good race. “I am satisfied with the result, my only regret is the Fencing Ranking Round, which could have gone better,” commented Bovenzi. “This World Championship at home was very good, I did not reach the podium but it was a very important experience also for the future.”

In the last race of the day and of the competition, the mixed U17 relay, Italy finished with eighth place for Annachiara Allara (Scuola Sport) and Denis Agavriloaie (P.M. Ippocampo). Gold, again, to Egypt with Ganah Elgindy and Marwan Allam, silver to the Hungarian pair of Emma Meszaros and Adam Peter, bronze to Mexico with Daira Tavira and Gandhy Margarito Miranda. Fourteenth place for the other Italian pair formed by Francesco Ascione (Junior Asti) and Alessia Canto (Avia Pervia).

Thus ended an unprecedented World Championship for the Italian colours, with the two youth sectors competing together for the first time in the new competition format. Simone Cavicchioli, in charge of the Fipm Youth Sector with Federico Giancamilli, commented in closing: “The balance is absolutely positive, because we have a great group, youngsters who have a very strong relationship with each other from which performances are born. Our athletes managed to pull off interesting performances, even the guys who were making their debut. I am proud to have managed them in this long and busy season. There was a change on the part of the Federation of will and commitment that was also seen on the field”. Italy brings home from the World Cup a team bronze medal won in the U17 competition with Agavriloaie, Gozzoli and Bouvet, and a wealth of important experience. “With this format we deliberately brought more athletes, and we did well given the very intense competition programme,” added Giancamilli. “This World Championship is the conclusion of a year of work planned down to the smallest detail and we are very happy about this.”

The “Uipm Youth U19 & U17 Modern Pentathlon” World Championships crowned Egypt with 13 in the medals table. Second place for Korea with six medals (three gold, one silver and two bronze), then France with one gold, two silver and one bronze.